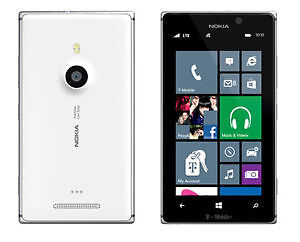 Boost Mobile has mobile service plans with no commitments. You can bring a Nokia Android smartphone to Boost Mobile provided the cellular network it uses is compatible. There are many options for phones made by Nokia that you can consider.

What is Boost Mobile?

Boost Mobile was originally founded in Australia. It began offering cellular service in the United States in 2001. It is a wireless service provider for many smartphones and is a subsidiary of the Sprint Corporation. Boost Mobile does not offer annual contracts, only offering prepaid or monthly plans to its customers. Since there are no contracts, you pay only for the services you need. You can find everything from mobile hotspots to family plans. The carrier has 99% nationwide coverage in the U.S.

What Nokia phones are available on the network?

Boost Mobile has a variety of Nokia smartphones that are compatible with their network. Most of Nokias models have been released by HMD Global, and you may see that name on many of its network smartphones. The Nokia 6 is one of the feature phones available on the carrier. This Android phone was released in 2017. It has 32GB of storage and can accommodate additional space with the microSD slot. The rear-facing camera is 16 MP and it features a Qualcomm MSM8937 Snapdragon 430 processor. Besides the Nokia 6, there are other smartphones available to use on the network:

What storage options are available for the Nokia Android smartphones?What are the features of the Nokia Lumia 635?

This Android phone was released in 2014. It features a Qualcomm Snapdragon 400 processor. The screen is 4.5 inches with a resolution of 480x854 pixels. The LCD is made of scratch-resistant Corning Gorilla Glass 3 with a ClearBlack display. The phone has storage of 8GB and can accommodate an additional 256GB with a microSD card. The primary camera is 5 MP and features geotagging and panorama shooting modes. The camera can record video at 720p at 30 frames per second. The Android phone has a talk time of 14 hours on a single charge. The Nokia Lumia includes OneDrive with 15GB cloud storage, a document viewer, and video/photo editor in the software package. This device also has Bluetooth capabilities. The Nokia Lumia comes in a variety of colors, such as:

Content provided for informational purposes only. eBay is not affiliated with or endorsed by Nokia or Boost Mobile.