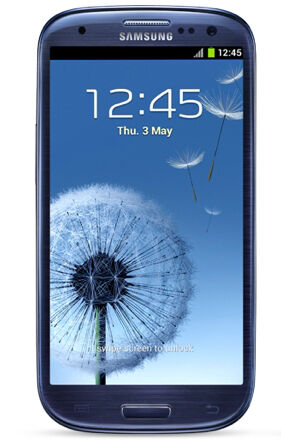 What to Expect for Samsung Galaxy S III 16GB Smartphones

When shopping for a smartphone, it is important to choose a model with features that fit your lifestyle. Samsungs Galaxy S III is a smartphone that offers a wide range of functions to assist you throughout your day. Along with standard calling and texting capabilities, it allows you to record video, take photos, surf the internet, and get directions to your favorite places.

What is the Samsung Galaxy S III?

The Galaxy S III is a smartphone that was first released by Samsung in 2012. It measures 5.4 inches in height and 2.8 inches in width. This device comes with a 4.8-inch touchscreen and has a Quad Core 1.4GHz CPU. The S III is available in a variety of colors including marble white, sapphire black, garnet red, and pebble blue. It weighs 4.69 ounces, and the back cover is made from plastic.

When you purchase this type of Samsung phone, it will have a number of apps already installed, including:

What display does the Samsung Galaxy S III have?

This Samsung device has an AMOLED display. AMOLED stands for active-matrix organic light-emitting diodes. The display on the S III is thinner than those found on phones with traditional OLED screens. This type of display allows for increased resolution and color accuracy. The Galaxy S IIIs display has a resolution of 720 by 1280 pixels.

What operating system does this Samsung phone run?

Does the S III come with a voice-activated personal assistant?

Yes, the S III comes with a voice-activated program that will complete tasks on your phone if you give it certain commands. An S III equipped with Android 4.0 comes with the voice-activated personal assistant S Voice. S Voice can call or text a friend for you, search the internet, open apps, and set alarms. Android 4.1 introduced a similar program called Google Now that has expanded capabilities. By using voice commands with Google Now, you can:

What other features are available?

This version of the Samsung Galaxy comes with an 8-megapixel rear-facing camera and a 1.9-megapixel front-facing camera. Additionally, the phone comes with a microSD slot that will accommodate cards of up to 64 GB. Other features include:

Content provided for informational purposes only. eBay is not affiliated with or endorsed by Samsung.