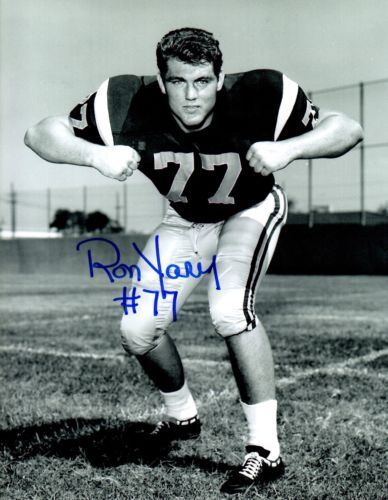 NCAA sporting events are filled with drama and youthful passion. You can collect any number of vintage NCAA items that let you relive your favorite individual and team moments. Autographed items are of particular interest to collectors due to their uniqueness.

Whats the difference between NCAA collectibles and memorabilia?

Would-be collectors are often surprised to learn that sports collectibles and sports memorabilia are not one in the same. Memorabilia items are always autographed, and theyre always authenticated. To illustrate the differences between the two, consider the following hypothetical:

While browsing for sports collectibles and memorabilia, you came across a Roger Clemens jersey from the day in 1983 when he led the Texas Longhorns to the NCAA baseball championship, peeled off his jersey and handed it over to an admiring fan. It’s very cool, and a nice memento. However, Clemens also would have had to have autographed it for to be a piece of sports memorabilia. Football cards and baseball cards are plentiful at shows, but there are also numerous sports memorabilia shows held to celebrate the achievements of NCAA athletes, baseball or otherwise, that dont restrict themselves to just trading cards

How can you tell if NCAA sports signatures are authentic?

If you are interested in getting a signed piece of memorabilia, be sure you do some research to make sure the signature was really done by the player. In sports, items that are tied to a historic game or individual accomplishment tend to attract the most interest among hardcore fans. However, it’s the actual signature that denotes authenticity. In addition to fake signatures, there are also "replica" signatures that are printed on cards, sports equipment, and more. Neither of these would be considered valuable by collectors.

For a piece of memorabilia to be authentic, it must be autographed by a player (or coach), and the signed item must be reviewed and authenticated by a reputable distributor or third-party administrator (TPA). There are TPA authentication companies that exist solely for the purpose of certifying autographs. Don’t make an exchange for anything that doesn’t come with documentation verifying its authenticity.

What items are typically signed by NCAA players?

While NCAA athletes occasionally participate in sanctioned signing sessions, they are prohibited from profiting personally from their signatures. NCAA players will sign anything from uniforms to equipment to trinkets. For the most part, these signings occur at the bequest/behest of athletic directors so that the item can be auctioned for charitable purposes or gifted as a thank you to supporters of the NCAA school. After players graduate and become professional athletes, NCAA stars may then sign college-related items on their own.