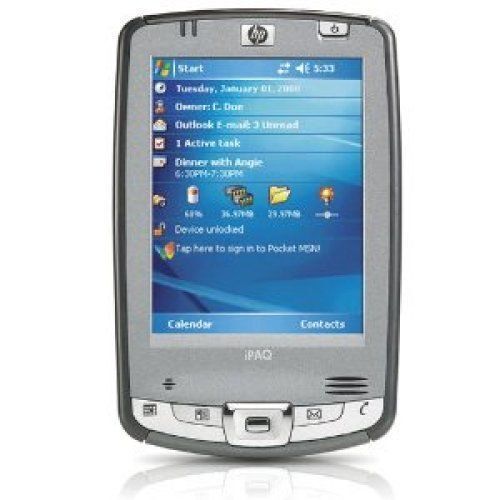 The personal digital assistant (PDA) revolutionized the mobile industry near the end of the 20th century with software that made it possible to do office work on the go. Hewlett-Packard manufactures PDAs that are highly functional for many different uses. For personal or professional usage, HP iPAQ PDAs are available in a wide array of designs that can accommodate your needs.

Who created the Palm Pilot?

Jeff Hawkins is credited with creating the Palm Pilot. His work was done in collaboration with Donna Dubinsky and Ed Colligan. The innovators founded Palm Computing in 1992 and launched its first electronic device in 1996.

What was the first Palm Pilot?

What is a PDA phone?

Personal digital assistants are handhelds that incorporate computing, telephone, and internet technologies all in one. These gadgets are capable of taking calls, saving important files, and sending valuable information across various networks. PDAs are often referred to as handheld computers and palmtops.

What is the HP iPAQ?

The iPAQ is a pocket PC that was first launched by Compaq at the turn of the 21st century. Hewlett-Packard acquired Compaq years later and marketed the iPAQ under its HP brand. Updated iPAQ devices make the most of the Microsoft Windows interface by offering users the benefits of Microsoft Word, Microsoft Excel, and Microsoft PowerPoint. Some HP iPAQ Pocket PCs also come with the benefits of Linux. Bluetooth is standard in newer models of HPs pocket PCs.

What is the Dell Axim?

The Axim is Dells line of Windows pocket PCs. These devices have just as much software power as the HP pocket PC with some models having Bluetooth abilities. Windows Mobile serves as the operating system for the Axim in most cases. The first model of these pocket PCs was the Axim X5, which was introduced in 2002. The Axim X51 was the final model introduced by Dell.

What is special about the HP iPAQ screen?

Perhaps one of the top innovative upgrades associated with HP iPAQs is their transflective display. Transflective technology combines transmissive capabilities with reflective abilities so that the screen exhibits backlighting that is optimized for outdoors. More than 65,000 color options are available with this technology, and all come with the chance for high contrast and saturation. The result of such advancement is crisp and focused imagery.

Content provided for informational purposes only. eBay is not affiliated with or endorsed by HP.