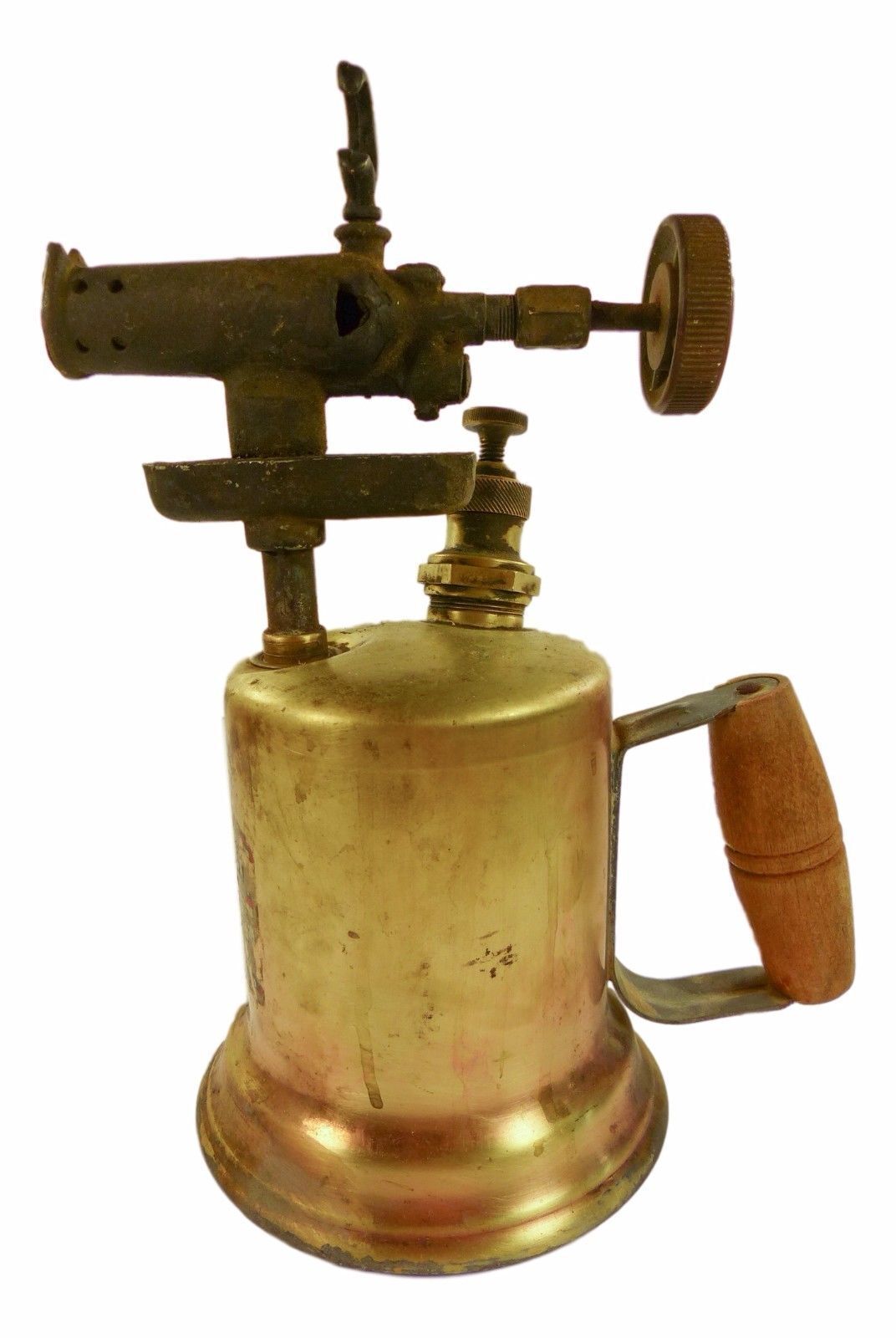 Blowtorches and soldering tools have been used in metalwork for applying heat to metal, or for joining two pieces of metal to one another hundreds of years. These tools have undergone numerous design changes due to advancements in materials, production, and technology, but an antique blowtorch provides great insight into the history of metalworking. These antique tools are a great collectors item, and collecting these vintage items will provide you with a unique display.

How do gasoline blowtorches work?

The blowtorch was first used in the early 1800s and was designed using the already existing gasoline lamp. Many of the antique fuel lamps were composed of brass, and the blowtorch was created by placing a sealed container over the flame in the lamp. Because the space was closed off, pressure built up inside the lamp from the burning gasoline. Later models utilized a hand pump to pressurize the air inside the torch and move the fuel through the piping. The pressure was able to be released through a valve, which was directed through the flame. This pressure forced the ignited fuel to spray out of the blowtorch, producing a controlled and concentrated flame.

How do you clean and care for antique brass torches?How did antique brass blowtorches progress over time?How do antique handheld soldering tools work?